Dubai – Forex is a linguistic short form for Foreign Exchange and refers to the exchange of one currency for another. Forex trading therefore describes trading in foreign exchange. Individuals, companies and central banks alike participate in this process. The foreign exchange market is a sub-market of the financial market where foreign exchange is traded and foreign exchange rates are formed. With a daily trading volume of over five trillion dollars, the Forex market is one of the most important financial markets in the world. Away from private currency exchanges for vacations, the majority of currency exchanges are carried out with the aim of making profits. Because of the natural fluctuations between currencies, investors can speculate on rising or falling rates in the forex markets. This volatility makes forex trading so attractive for traders: in addition to the ever-present risks, high profits beckon in the forex market. Profits can be made there even when other markets are at a low and prices there are falling. Unlike stocks or commodities, forex trading does not take place on exchanges, but directly between two parties on an OTC market, also known as an over-the-counter market. OTC trading usually takes place between credit institutions and non-bank sector players as well as in interbank trading. Since there is no central trading venue for foreign exchange, it can be traded 24 hours a day.

This exciting world of Forex trading is home to Dilawar Singh of India. He is considered by some to be the secret mastermind of trading in traditional currencies as well as cryptocurrencies. He has also made a name for himself as a speaker on Forex trading, traveling halfway around the world to share his knowledge with others. In addition to countries in Europe, the destinations of his speaking tours have included the United States, Japan, Colombia, and his native India.

Despite many media reports about Singh, it remains a bit of a mystery what the specific business model of the owner of OMP Groups is. OMP Groups shares that OmegaPro has been operating as a digital investment firm in the field of trading on the Forex market since October 2018. It is indisputable that his company OmegaPro is about financial innovations in the field of currency trading. So, the Indian is in the FinTech business. But it doesn‘t quite fit that his company has very little reach on social media. A company Facebook page says of its own activities: „The way of making money is changing in the world. Digital business is key.“ It says there is a system of digital investment in Forex trading that is revolutionizing the world with artificial intelligence called OmegaPro. „New times, new ways to make money in the new digital economy.“ Customers and partners are promised to turn one invested US dollar into three dollars within 16 months. OmegaPro in France gives the example of a customer or distributor depositing 3,000 euros and receiving 9,000 euros after just 16 months. The company‘s offshoot there explains: „OmegaPro is a company that specializes in the world of diverse exchange, whether commodities, crypto or forex. OmegaPro offers contracts that link you to the company for a term of up to 16 months for a return on investment of 300 percent depending on the value of the contract.“ OMP Money Bank says it offers investment returns between nine and eleven percent per month. Is all this credible?

In any case, Dilawar Singh is fully committed to network marketing. This referral marketing is a special form of direct sales. In contrast to classic direct sales, customers are asked to recruit additional customers as independent sales partners. Returns and bonus payments then depend on the mobilization of new sales partners. Two years ago, Singh very confidently declared that he wanted to reach one million satisfied customers with his forex platform.

The current owner of OmegaPro and OMP Groups financed his life in his younger years with odd jobs as a fitness trainer and bartender. Because of his enthusiasm for sports, the Indian took up studies in Germany to become a sports teacher. In this context, he once said: „I go to the gym, a fit body helps keep a fit mind. It drives my energy through the rest of the day.“ But then he didn't become a gym teacher in Hamburg after all. But one of his father‘s sporting life lessons always held true for him: „Failures are the second stepping stone to success, and when you fail, you learn. The secret of life is to fail seven times and get back up eight.“

Instead, he was drawn to the network marketing industry. Two years ago, it became known that he runs three companies in the field of Forex trading and other financial services. Network marketing suits him so well because it involves direct contact with other people: „Communicating with people in the industry is key, and surrounding yourself with like-minded, positive people will help drive their mindset.“ When he first started in the industry, he learned to never give up: „Network marketing and trading is about learning from one person's mistakes and not transferring them to the next. I want people to take that away from me.“

The founding of his first company demanded everything of Singh, in addition to his global travel, above all an immense workload. Often, the talented entrepreneur didn‘t even know which country he would have to travel to the next day or week. Between the long-haul flights, one meeting followed the next. Most days, the workday started around six in the morning and ended around 10 p.m., which was a heavy burden on family life. An online Indian newspaper wrote: „The only thing that comforted him during those difficult times was his belief that he could build a life where he could travel effortlessly with his family.“ Whenever Dilawar Singh returned from his travels, he could find peace in Hamburg. Today, his great entrepreneurial success allows him to live a life of freedom, financial independence and free time. The Indian article went on to say: „Today, as he is able to spend a lot of time with his family and enjoy the prosperity he has earned, Dilawar Singh realizes that he is also one of the ‚lucky‘ people he used to see on TV and admire from afar.“ 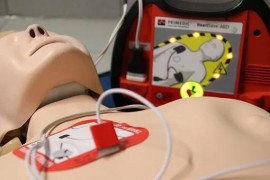 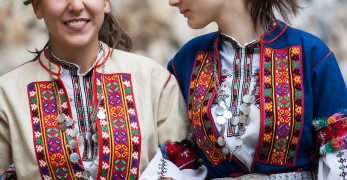 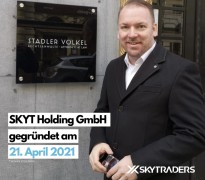